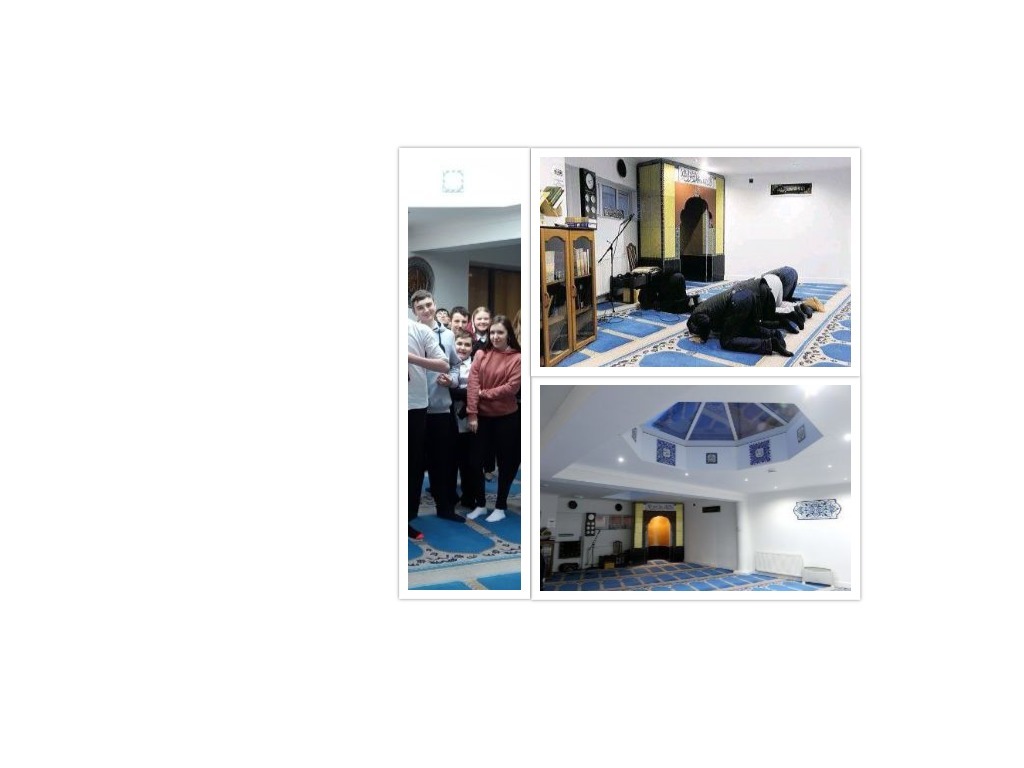 Published on: 31-01-2019 07:42
Upon our arrival, we received a warm welcome from the Imam who outlined our programme of events. The first session involved a brief history of Islam, with the Imam detailing the key beliefs and principles that underpin the Islamic religion, highlighting the many similarities that are shared by world religions and pointing out the key differences. Our students were treated to a presentation outlining the Islamic faith from its inception to present day, with a key feature being that Muslims are monotheistic, believing only in Allah. The faith is based on the belief that god sent many prophets to the earth, with Muhammad being the last one. The prophet Muhammad also brought the Qur’an, the holy book of Muslims, as a philosophy on how Muslims should live their lives. We also witnessed the Imam recite a passage from the Qur’an, a text that he had memorised by the age of eleven.

The overarching theme throughout being that Islam is a religion of peace and charity, which are two of the non-negotiable elements of Islam. Our students also learned that much of being a Muslim is between the individual themselves and god.

When it came to the Q&A session, the Imam welcomed a variety of questions, both positive and negative. In great form, our S3 pupils rose to the occasion, posing questions of a challenging nature that had previously been researched in the classroom, although the Imam was equal to the task, deftly fielding tough questions, taking great care when dealing with both sensitive issues and the common misconceptions that arise due to incorrect interpretations of the Qur’an. Time and again, he revisited the theme of peace as being at the very foundation of Islam.

Following an impressive lunch that was kindly provided by our hosts at the mosque, we were invited to witness some of the local residents taking part in afternoon prayer, facing in the direction of Mecca, as is the custom. This act of worship was respectfully observed by our students. Following the prayer, we were invited into the prayer room, where once again, the Imam invited questions, discussing issues from terrorism to the Five Pillars of Islam.

It was now time to be on our way and we thanked the Imam for his warmth, generosity and openness, before embarking on the journey back home.

It is fair to say that our S3 students acquitted themselves with distinction, gaining a great deal of knowledge with regard to Islam in particular, while deepening their understanding of world religions in general.

Our sincere thanks go to all at the Masjid Mosque for a fantastic and enlightening experience.