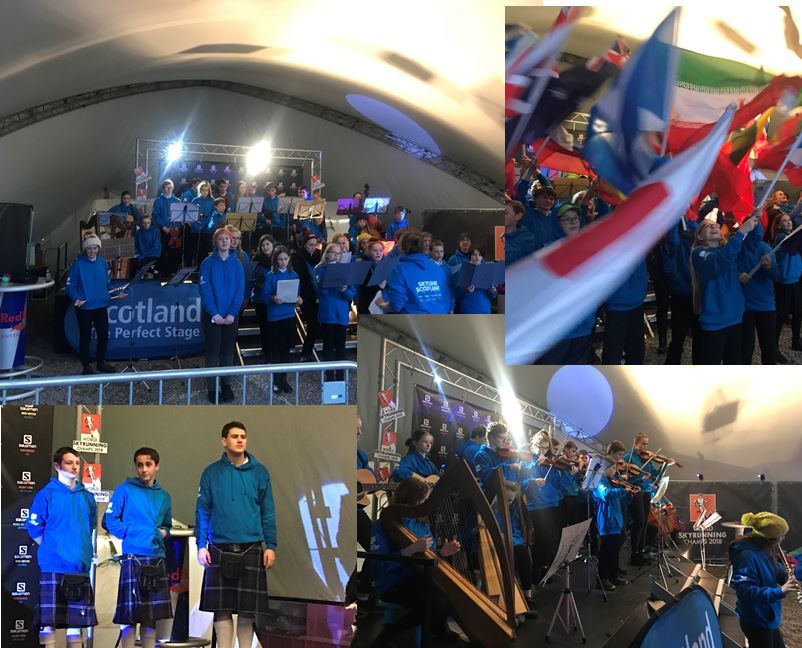 Published on: 15-09-2018 14:42
For one weekend this September, the world descends upon Kinlochleven and Glencoe and the usual serenity will be transformed into the electric buzz of international competition for the 2018 Skyrunning World Championships and a stage of the Migu Run Skyrunner World Series. From the 13th to the 16th September while world class athletes attempt the challenging routes teenagers from Kinlochleven and Ardnamurchan High Schools take on the challenge of presenting the event to the world.

This international event will bring competitors from across six continents, making a change from the usual hill hiking tourists and dog walkers. These competitors will however have no time to take in the famously dramatic and beautiful landscape as they attempt to run the knife edge ridges and peaks, through the unforgiving weather that would put off all but the most determined, of the Stealls, the Mamores and the aptly named Devil’s Staircase in only a matter of hours. The disclaimer, ‘Be under no illusions that a slip or trip on these serious sections of the route could result in death,’ on every runner’s mind. All this in the hopes of becoming a 2018 Skyrunning World Champion.

Each race has been dubbed with an appropriate name. There is the Vertical, the Ultra, the Sky and, finally, the Extreme, the Saloon Glen Coe Skyline, which is part of the World series. The four day event is kicked off with the Salomon Mamores Vertical Kilometre®, a race from sea level to Munro summit. Then on Friday, the Salomon Ben Nevis Ultra which summits Ben Nevis, Britain’s highest mountain, where the world’s first mountain running race took place in 1895. On Saturday the well-known Salomon Ring of Steall Skyrace takes place. This race traverses the classic ridge boasting views of Ben Nevis from the Mamores and includes short sections scrambling on Devil's Ridge. Finally the 52 km race, the Extreme - Solomon Glen Coe Skyline®, climbing 4,750m. This is the most technical competition and requires the most experience, a challenge even for the most professional of runners.

For those of us not cut out for the perilous climbs at high speed fear not. There is plenty for spectators to do including yoga and guided walks in and around Kinlochleven. There is the opportunity to track the runners through GPS and speaker and film nights held in Kinlochleven High school. There is also the ‘Fun Trail’ a shorter race, the perfect opportunity for youngsters to get in on the action. Practice for the next generation of skyrunners.

With the deciding stage of the Migu Run Skyrunner World Series taking place, amateur races, and musical performances from the area’s talented young people, the 2018 event is set to be the best yet and we are excited to present the best of our wild highland home.

So many of us live a part of our lives on line but have you ever thought how odd that really is? https://t.co/MXOAk7zmNr If you would like to know more please come to Open Evening Thurs 13th Feb 6pm.